Baseball or softball bat shaving and rolling are the two main processes used to magnify the trampoline effect and improve bat performance. However, these methods are not accepted in major tournaments and the regulating bodies consider them illegal — warranting penalties if one is found using doctored bats.

The two processes, shaving and rolling, are often combined to ensure top performance bats, suitable for practice sessions and friendly matches. Bat shaving involves scraping off some of the inner wall structure of a bat through the end cap. Bat rolling, on the other hand, involves pressing the bat between two rollers while applying controlled pressure.

The idea behind these processes is simply to alter the bat’s structure, making it flexible and reduce overall weight to increase the trampoline effect that makes it performs at the top level. Softball and baseball bat shaving services can help you improve your game and the process take less time to complete, on average it’ll take between 4 – 5 days.

Bat modification can also be done using other methods such as painting or using accelerated break-in processes.Painting is simply an illegal process of coating a doctored commercial bat that is discouraged in the league plays to appear as an accepted league bat. The process involves applying several layers of clear coats and decals. It’s pretty hard to distinguish between a genuinely certified bat from doctored bats like the factory painted bats, although quality differences are evident.

Unlike factory painted bats, decals in commercial league bats have slightly thicker decals, and because the work is almost perfect these bats successfully pas the ring test commonly used to identify dented metal bats. Factory painted bats are first sanded down to compensate for the lost diameter with layers of decals and clear coats. Bat painters, however, continue to face copyright issues from bat manufactures, making it even harder for cheaters.

Another common method used in bat doctoring is accelerated break-in process which involves deforming the barrel beyond what happens in normal play. This process is suitable for composite bats, which are stronger and lighter than aluminum bats, and attain enhanced trampoline effect much faster. Accelerated break-in processes can involve several bat manipulation, including heating the bat to reduce the amount of force required to achieve correct deformation.

Another unnatural break-in method can be achieved by repeatedly striking the bat against a tree (hard surface) or with a mallet to alter the barrel structure. The ball impact is replaced with a much stronger bat impact, increasing the impact force while reducing the action area.

Both natural and accelerated break-in method has the same results in a bat as would occur to the bat in play but the effect varies a lot.
Generally, the natural break-in method results in more intense damage near the bat’s sweet spot, where the ball receives maximum acceleration while the damage is evenly distributed on the bat in accelerated processes. So the more the barrel is damaged, the more it becomes softer and the high the bat performance. The deforming method will vary and while some apply quasi-static, more advanced machines can also be used to doctor the barrel. Such machines use rolling polymers to control hydraulic pressure applied on a bat to achieve proper deformations.

Doctored bats — weighted, painted, shaved and rolled bats are effective doctoring methods used that improves bat performance. But you need to remember that these bats won’t be accepted in league plays and the best you can do with them is enjoy friendly matches and practice sessions. Also, shaved bats don’t do well in cold temperatures. Do not use your shaved bat if it’s colder than 65 degrees outside. 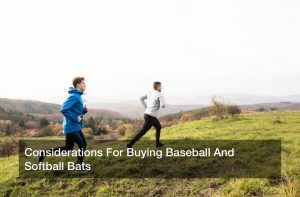